Ted Brown Quintet
Tenor Saxophonist, composer and bandleader Ted Brown has brought a smooth, self-assured musical voice to the jazz scene since first seeing Charlie Parker and Lester Young on 52nd St in the late 1940s. He studied under Lennie Tristano for several years, in a collaborative workshop environment that led to long partnerships with musicians like Warne Marsh and Lee Konitz. His west coast group with Marsh yielded three classic albums, including the first under Brown‘s name, “Freewheeling ” with Art Pepper on alto. While leading a career as a computer programmer, Ted maintained his tone and his ties to the jazz world, especially after reuniting with Konitz in the mid 1970s. Since that time he has released several albums as a leader; toured in Europe and Japan; and worked with many rhythm section greats including Ben Riley, John Abercrombie and Matt Wilson. 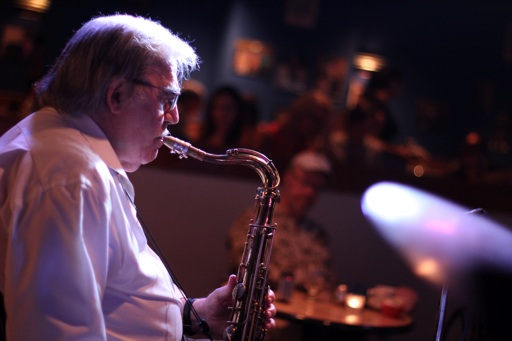