Sylvia Cuenca Quintet
An active drummer on both coasts, Sylvia Cuenca has performed around the world with many jazz greats, including four years with Joe Henderson, and 17 years with Clark Terry. She has been a clinician and educator at a number of universities–most recently Columbia University–and has twice received grants from the National Endowment for the Arts. 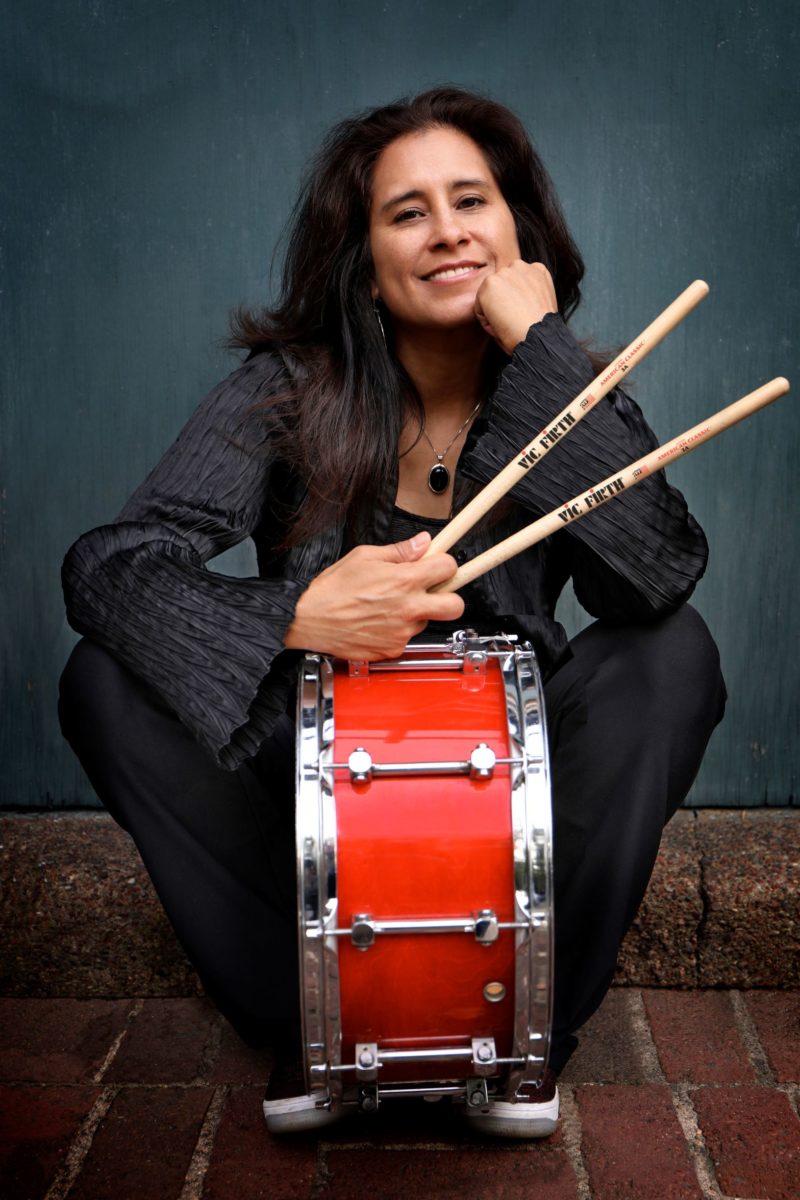