Master guitarist Stephen Blum’s career has taken him around the world with some of the biggest names in jazz and popular music. He has appeared at top venues and festivals such as the Montreal Jazz Festival, Maine Festival of the Arts, The Great American Music Hall, Yoshi’s (SF), Cape Cod Jazz Festival, French Quarter Festival (New Orleans), Smalls (NYC),  SESC Concerts (Sao Paulo), and Snug Harbor (New Orleans).Blum was born in New York City and began playing professionally at age fifteen. Less than a year later, he received a letter signed by Dizzy Gillespie, offering a full scholarship for the “The N.Y. School of Jazz,” a ground-breaking school for talented high school musicians funded by Duke Ellington and the New York Arts Society. It was here that Blum started taking guitar lessons from the great Lawrence (Larry) Lucie–a New York jazz veteran who had worked with originators Jelly Roll Morton, Fletcher Henderson, Louis Armstrong and Benny Carter. While attending the University of Miami, Blum went out on the road to perform and record with singer Peggy Lee, during her late 1960s-early 1970s Capitol Records sojourn. While with Peggy, he played such important venues as Central Park’s Main Stage and Madison Square Garden, as well as on her NBC Television special and the well-known WNEW radio broadcasts of William B Williams. Blum has done session work at top-notch studios; served as musical director for Morgana King; and also worked with legends Louis Bellson, Toots Thielemans, and Joe Williams. 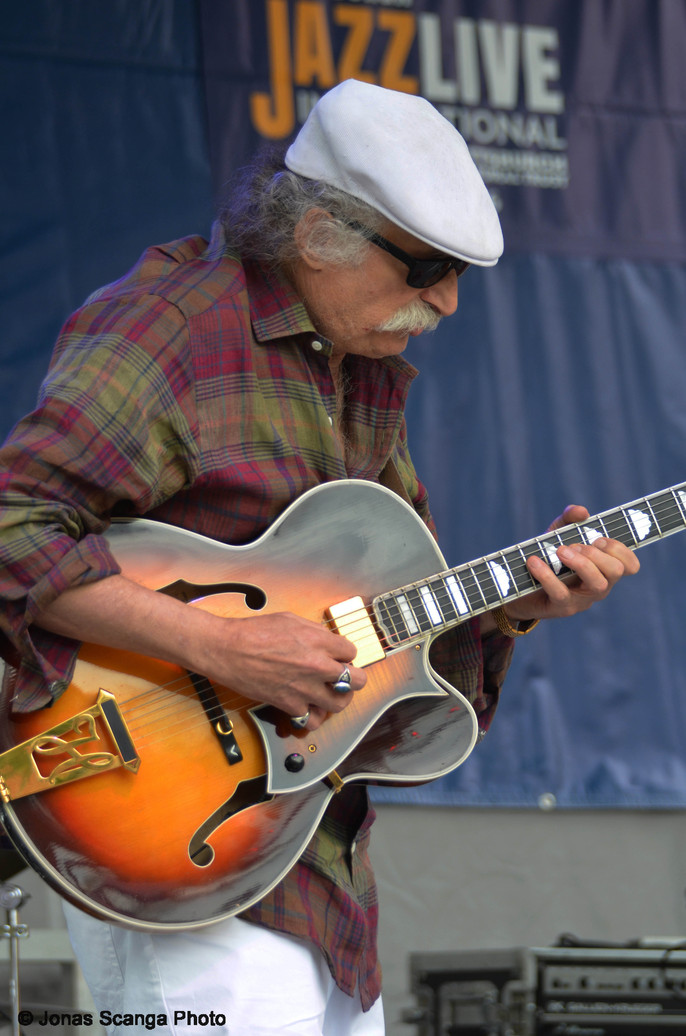