Hank Johnson was born on July 14, 1949 in the Bushwick section of Brooklyn, New York. He began piano study at age three, first in classical instruction, and learned to write his own music, which he would later do extensively. After finishing high school and then earning a BFA in Communication Arts from New York Institute of Technology, he became active in the jazz scene.  In 1977 Hank replaced Jimmy Nottingham’s trio at the Village Door Restaurant and Supper Club in Jamaica, Queens, NY, and he has since played numerous mainstay venues including Jazz at 966, the Lenox Lounge, the Jazz Gallery and Cleopatra’s Needle. Hank has published numerous original compositions (under his given name, Stuart H. Tresser), which harken back to, and extend, the legacy of the American Songbook. This concert features his trio with “Cool Mike” Fitzbenjamin and Gary Smith, a group that has worked together for over three decades. 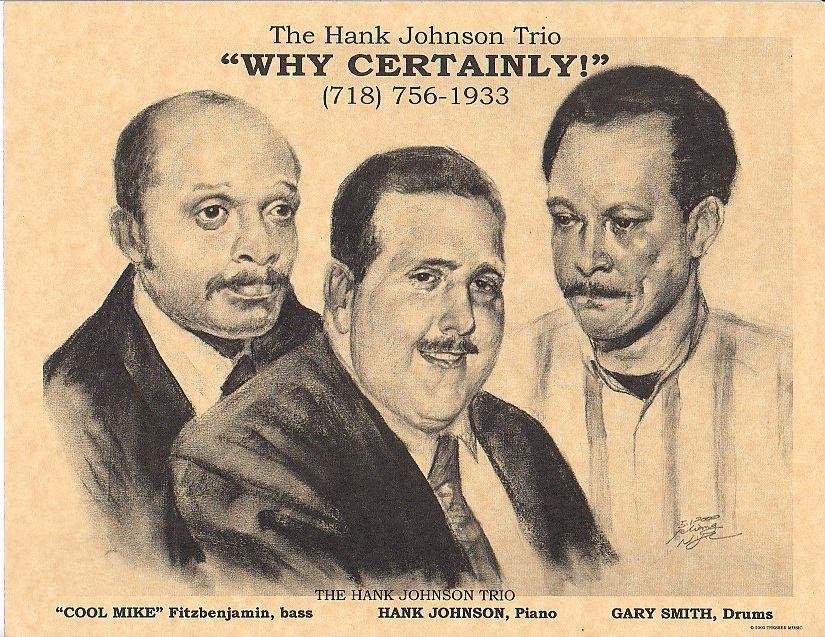