The National Jazz Museum of Harlem in partnership with City College Center for the Arts are proud to present Carmen Lundy in concert.

ABOUT THE ARTIST:
Grammy® Nominated vocalist and composer Carmen Lundy began her professional career in Miami, FL when there were very few young, gifted and aspiring jazz vocalists on the horizon. Over four decades later, Ms. Lundy is celebrated throughout the world for her vocal artistry and is highly regarded for her jazz innovation. A native of Miami, Florida, Carmen Lundy’s path to being one of today’s most talented and respected jazz singers began at age six, with her first piano lessons. She was deeply inspired by her mother who was then lead singer in the gospel group, The Apostolic Singers. Ms. Lundy attended The University of Miami as an Opera major, but soon discovered that jazz was where her talent really shone. While working steadily in the Miami Jazz scene, she graduated with a degree in Studio Music and Jazz, one of the first singers to do so. Lundy then moved to New York City in 1978, and in 1991 relocated to the Los Angeles area and continued her storied career, impressing the notoriously critical jazz cognoscenti and audiences alike.

Currently on the Afrasia Productions label, Carmen is a 2021 Grammy® Nominated artist for her 15th album Modern Ancestors, for Best Jazz Vocal Album. Her previous release, 2017’s Code Noir, debuted at #6 on the Billboard Jazz Chart to both critical and popular acclaim. Carmen’s full discography consists of “Good Morning Kiss”, “Moment To Moment”, “Night And Day, “Old Devil Moon”, “Self Portrait”, “Something To Believe In”, “This Is Carmen Lundy”, “Jazz and The New Songbook – Live at The Madrid”, “Come Home”, “Solamente”, “Changes”, “Soul To Soul” and “Code Noir”. All have topped the Best Albums and Top Ten Albums lists on Billboard, JazzWeek, Downbeat, and JazzTimes. Among Lundy’s other awards and recognitions are a Grammy® Award for Terri Lyne Carrington’s Mosaic Project, 2011 Grammy® Winner for Best Jazz Vocal Album, which features the Carmen Lundy composition “Show Me A Sign” (from the Lundy album “Solamente”).

In January 2018, Carmen Lundy received the RoundGlass Music Award for her song “Kumbaya” from Code Noir. In 2016 she was honored with the 2016 Lifetime Achievement Award in Jazz by Black Women In Jazz and The Arts, in Atlanta, GA. Additionally, she was honored with Historymaker status by the esteemed The Historymakers® organization, the nation’s largest African American video oral history collection based in Chicago, IL. Among other recognitions, especially rewarding was Miami-Dade’s County Office of the Mayor and Board of County Commissioners proclaiming January 25th “Carmen Lundy Day”, along with handing Ms. Lundy the keys to the City of Miami.

Since its inception in 1998, she was Resident Clinician at Betty Carter’s Jazz Ahead Program at The Kennedy Center in Washington, D.C. for 18 years. She has also been guest artist and clinician with the Thelonious Monk Institute of Jazz and The Sibelius Academy in Helsinki. Ms. Lundy is also a gifted actress having performed the lead role as Billie Holiday in the Off-Off Broadway play “They Were All Gardenias” by Lawrence Holder, as well as the lead role in the Broadway show, Duke Ellington’s “Sophisticated Ladies”. Additionally, Carmen Lundy is a celebrated visual artist. Her works have been exhibited in New York at The Jazz Gallery in Soho, The Jazz Bakery in Los Angeles, and at a month-long exhibition at the Madrid Theatre, Los Angeles 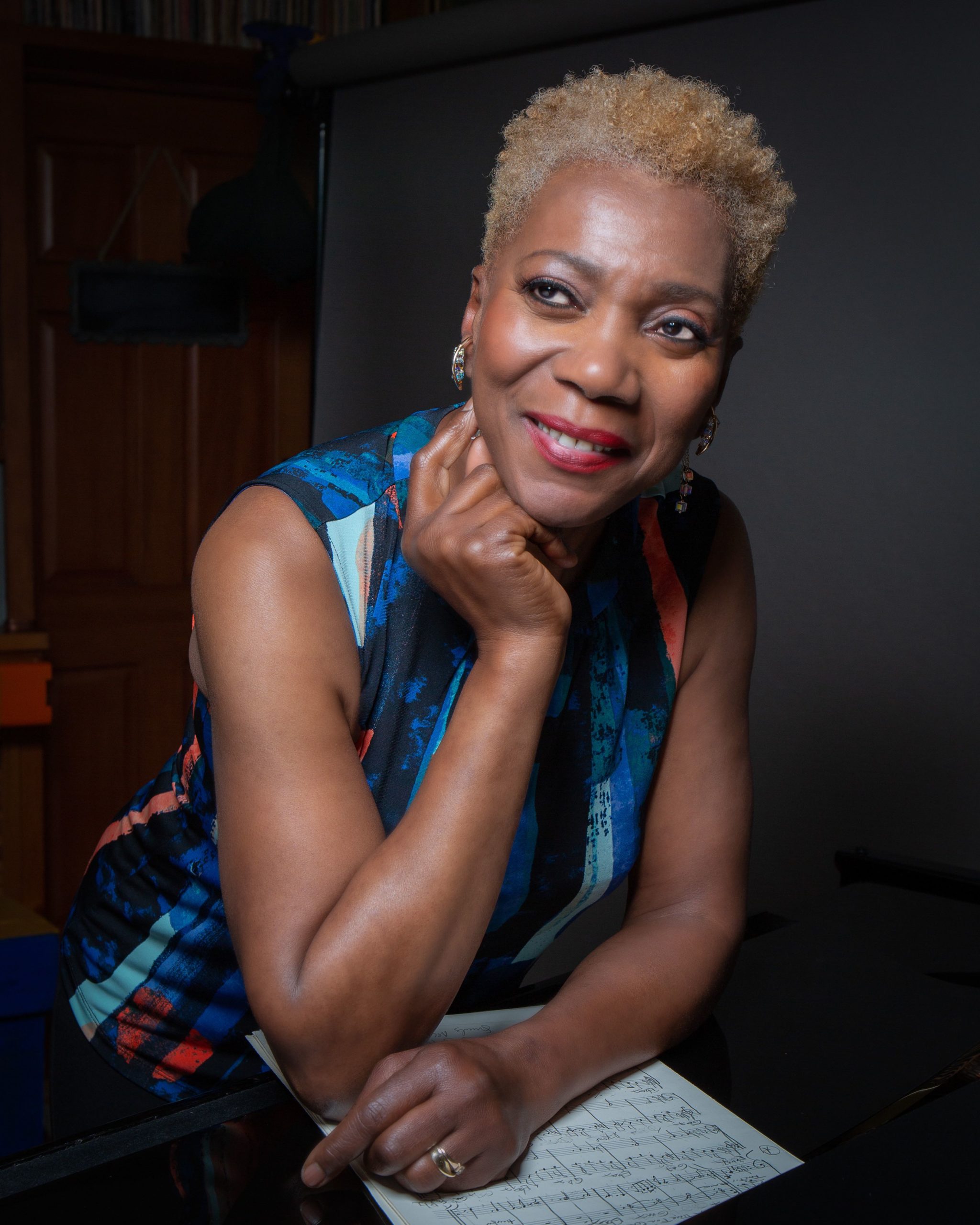